COLORADO SPRINGS — Scott Fitzwilliams was supposed to be off work. But as supervisor of America’s most trafficked national forest,“ you’re never off work,” he says.

So there he was Fourth of July weekend, supposed to be enjoying the serenity he had always known at a lake within White River National Forest. “Popular,” Fitzwilliams had always known it, “but usually kind of a local place.”

The shoreline was packed with people. Dogs ran off leash, their waste left unattended. All-terrain vehicles rumbled nearby, some off designated paths. Campfires were outlawed across Colorado at the time, including here. But that didn’t stop people with their brand-new tents.

“So yeah,” Fitzwilliams recalls, “I reminded them there are fire restrictions in place.”

So it went in the year notoriously marked by outdoor masses.

The trend has long been simmering in the Centennial State, in line with unrelenting population growth. White River National Forest has been but one flashpoint.

Land managers and advocates everywhere are taking stock of the ruin.

“(S)ome of our fragile public spaces are showing the results of misuse,” read a recent column from Susan Davies, the leading Colorado Springs steward, echoing counterparts across the Front Range. “Many open space trails are now wider. New ‘social’ trails have surfaced. And unique resources like El Paso County’s Paint Mines have been damaged.”

She was referring to the preserve on the Eastern plains, where officials have scrambled to improve parking and save colorful, ancient rock outcrops that have endured wreckage. Here and elsewhere, vandalism has been reported, trash has piled up and new channels for destructive erosion have multiplied.

Dog poop has always been a problem.

Volunteers were astonished by what they saw in 2020, she says.

Disturbing details emerged from all corners of the state. Wood was pilfered from historic mining structures around the Ice Lakes area in the San Juan Mountains, rangers there reported. They counted double or triple the number of usual hikers on the trail, hundreds scouring sensitive alpine tundra.

Perhaps 2020 was an anomaly, some think. Amid the pandemic, with bars and restaurants and theaters and other city diversions unavailable, and with many Coloradans out of work, the mountains became the ultimate recourse. That much is clear.

“I think people who have found that they love outdoor recreation are going to keep coming back,” says Reid Armstrong, public affairs specialist for Arapaho and Roosevelt national forests. “I don’t think the numbers are going to decline that much now.”

Which begs the question: Could crowd control strategies tried in the summer of COVID-19 be here to stay?

At the Hessie trailhead, for example, the ranger district partnered with sheriff’s deputies.

“They were turning people around by the hundreds on busy weekends after parking was full,” Armstrong says.

“We’re beginning to have conversations on what to do next year.”

Such conversations are ongoing well beyond that summit.

Reservations continue to be enforced at the Manitou Incline, the iconic trail in Manitou Springs that local leaders closed in March under an emergency order. Similarly, in an announced effort to prevent the coronavirus spread, Rocky Mountain National Park enacted a booking system over the summer that some onlookers see as the future for other overrun national parks in the West.

Another reservation system was born this summer at another Colorado natural treasure: the Maroon Bells. Beyond that scenic area, in the Maroon-Snowmass Wilderness, reservations and permits could soon be required, says Fitzwilliams, who oversaw reservations rolled out in 2019 for Hanging Lake near Glenwood Springs.

And he expects more talks regarding more “management scenarios” at other sites under siege, mentioning spots near Vail and Summit County in particular. Above Breckenridge, at the base of Quandary Peak, 14,000-foot summit fever once again led to overflow on the adjacent highway, the lines of cars on either side of the road and jammed parking lot causing hazards for emergency vehicles.

“If things keep growing the way they are, it’s inevitable that some of these areas are going to have to have some management scenarios, either permits or reservations or some sort of those types of tools,” Fitzwilliams says.

“It’s just the way it is. The old days aren’t here anymore.”

In the old days, there were more staff and resources, Fitzwilliams says. Since he started at White River National Forest 11 years ago, the budget he oversees has plunged 45%, he says. The busiest national forest serves as a microcosm for broader cuts to the U.S. Forest Service over recent years.

“We’re hitting a point where we can’t keep going down while the use (of lands) and output keeps going up,” Fitzwilliams says.

The state’s Department of Natural Resources has recognized the issue. At the direction of Gov. Jared Polis, the department has been tasked with formalizing federal, state and local partnerships dedicated to recreation and conservation.

Regional partnerships, Tim Mauck, the department’s deputy executive, calls them. The idea is to combine money and manpower and identify priorities, he says.

“The recreation economy is one of those economies that we see as a renewable and sustainable resource, but there’s a level of stewardship that goes along with that,” he says. “We gotta be proactive in terms of maintaining that balance, to keep what’s special about Colorado truly special.”

In central and northern Colorado, the collaboration has been “super important,” Armstrong says. It fosters “a landscape approach,” she says.

“The squeeze-the-balloon analogy,” she says. “If we try to do some restriction over here, everyone’s going to move to another spot, and that’s going to be another issue.”

Despite the many issues of 2020, Armstrong sees a silver lining.

“Hopefully it will translate into people starting to love a place,” she says. “This is their land. Helping to care for it like your own backyard — that’s the place we want everybody to be.” 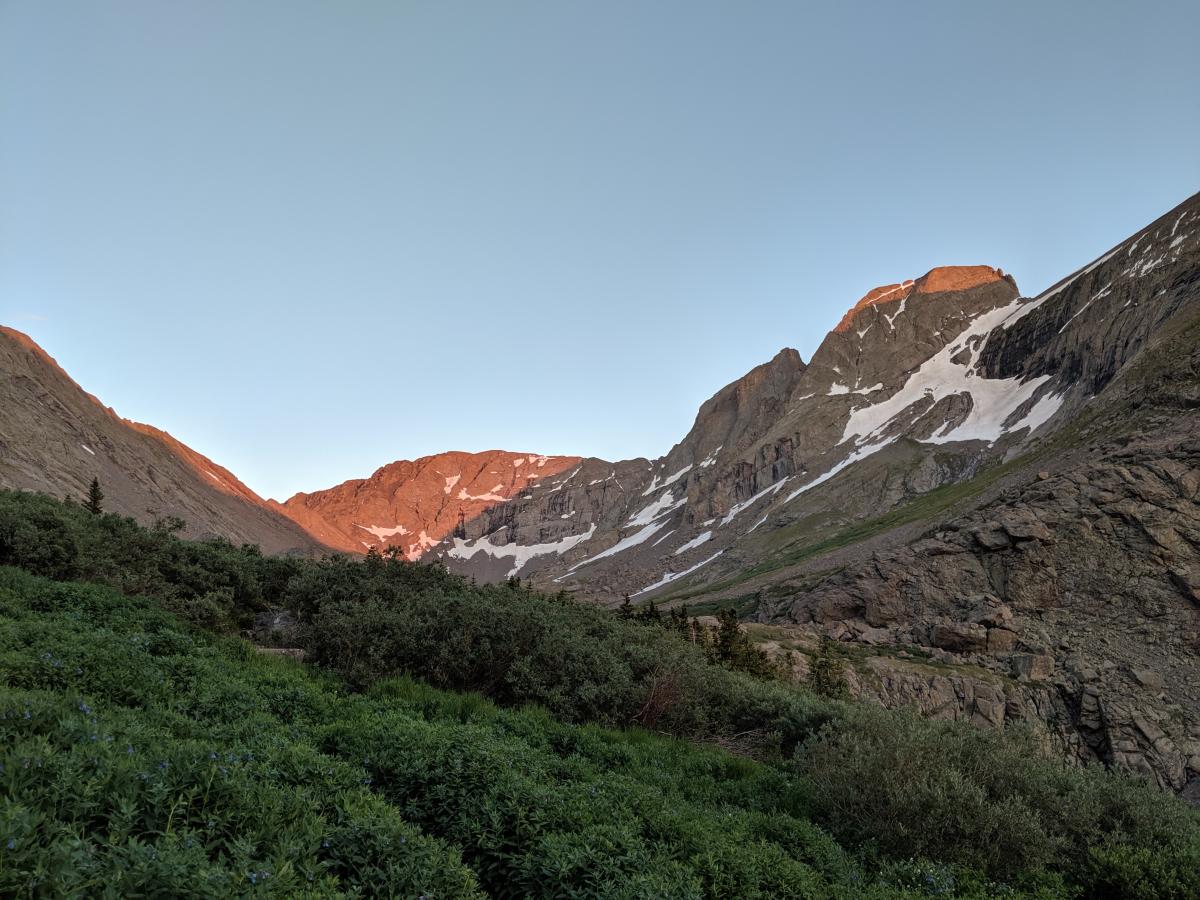