COLORADO SPRINGS, Colo. – Aquatic biologists and researchers at Colorado Parks and Wildlife have launched an intensive review of data on Bear Creek after a routine survey revealed a troubling decline in greenback cutthroat trout populations.

In 2012, CPW confirmed that tiny Bear Creek, on the city’s southwest edge, was home to wild greenback cutthroat trout, which are the Colorado state fish and are native to the South Platte River in the northeast.

For decades the greenback was believed to be extinct. So protecting the 31⁄2-mile stretch of water holding the only known population of naturally reproducing greenbacks became a top

priority of CPW aquatic biologists. Today, the greenbacks ​are listed by the U.S. Fish and Wildlife Service as a threatened species.

In the years since the discovery, CPW has worked to protect and improve the creek habitat and the surrounding watershed and to develop a second brood stock. Brood stock is a small population of fish kept in optimal conditions in a hatchery to maximize breeding to provide a source of fish for the establishment of new populations in suitable habitats.

Each spring, CPW spawns the greenbacks on the banks of Bear Creek. And the U.S. Fish and Wildlife Service spawns them at its Leadville National Fish Hatchery to produce thousands of greenback fry that subsequently have been stocked into creeks and lakes in the South Platte River drainage.

CPW hopes these releases will lead to greenbacks being re-established and reproducing in the wild. But that milestone has not yet been documented, making the Bear Creek population critical to the species’ survival.

“This September, we surveyed four reaches of the creek and the results were troubling. They suggested up to an 80 percent decline in the adult population. However, a fairly robust year-class of immature fish suggests that adults were still common and prolific until recently.”

CPW launched an immediate investigation to determine the cause of the decline. CPW biologists do not believe creek habitat restoration work or a recent wildfire that burned within a half mile of the creek had any impact on the greenback population.

“We have looked into several factors that may have contributed to this decline including water quality, temperature, flow, sediment accumulation, disease and the possibility of some unnatural human-caused event,” Nehring said. “At this point, we cannot say there is one single, definitive cause.”

Water temperatures appear to be normal over the past three years and CPW’s annual disease inspection on brook trout living in Bear Creek downstream of the greenback population showed they continue to be disease-free.

Bear Creek is somewhat unusual as it does not typically experience a snowmelt-driven runoff in the spring. Rather, peak flows generally occur during the late summer monsoon season and are precipitated by strong rain events.

“Over the past three years, we have not seen these higher flows that help to scour out the pool habitats,” Nehring said. “Although there has been an increase of sediment in the pool habitats, it doesn’t appear that would have been the sole reason for the decline in the population.”

CPW’s investigation into the population decline and search for a solution is ongoing.

“We will continue to evaluate and investigate these factors and others, such as possible deliberate human caused events,” Nehring said. “The take or killing of a threatened species is a serious offense and carries significant fines under the Endangered Species Act.

“At the same time, we are intensifying our efforts to broaden our brood stock, accelerate our release of greenbacks into their native waters and look for other ways to preserve this important fish.” 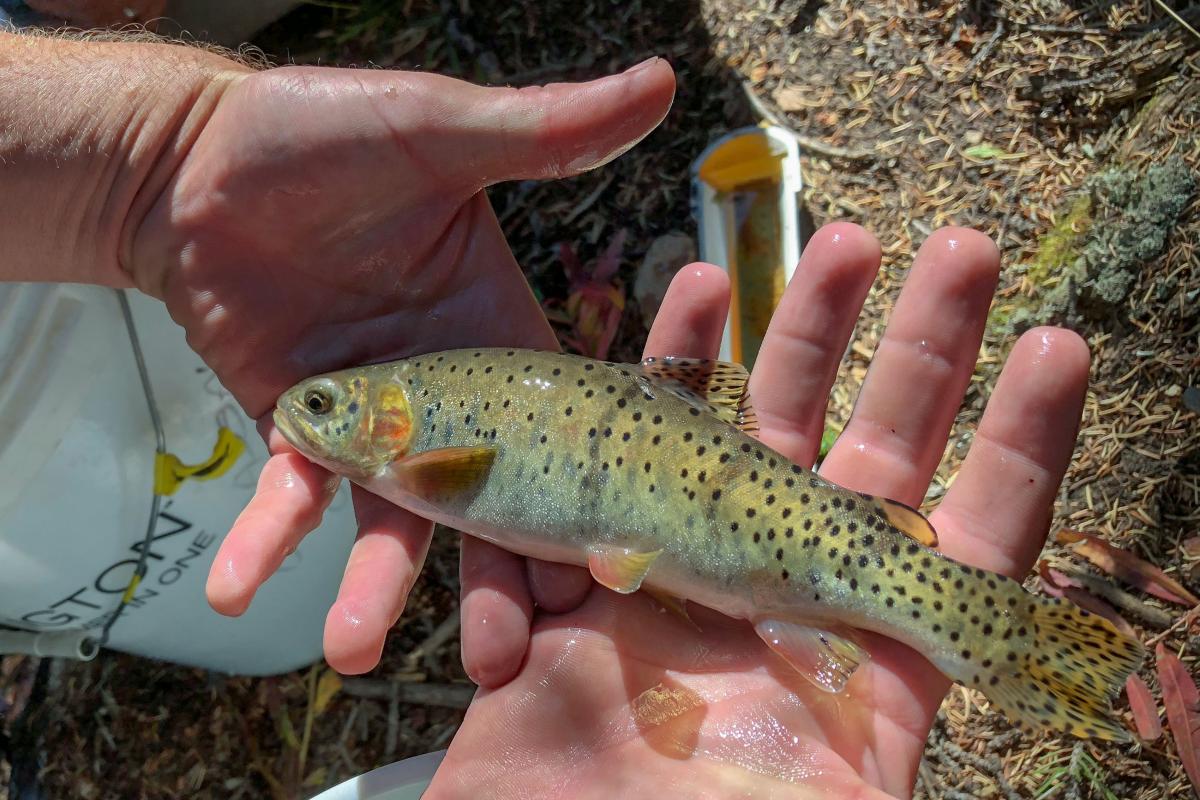