Between 2015 and 2020, seven people died attempting to ascend peaks in the Crestone Group, a dramatic and notorious cluster of five 14,000-foot peaks in Colorado’s Sangre de Cristo mountains.

On average one hiker dies every year trying to bag peaks in this granite cathedral.

Outdoor enthusiast Kim Jones Thomas wanted to find out why. A marketing executive with a science background, Kim had enrolled in Emily Griffith’s Geographic Information Systems (GIS) program to augment her skills and possibly move her career to align more closely with her passions for nature and climbing. Knowing how dangerous the Sangre de Cristos can be (two of her friends were rescued off Crestone Peak after one was seriously injured in a fall), she wondered, could GIS and search and rescue data be used to find how and where mountains trip up experienced climbers?

Working closely with Cindy Howard of the all-volunteer Custer County Search and Rescue (CCSAR), Kim discovered that climbers tend to run into the same problems in these hills over and over again. These findings became her Emily Griffith GIS capstone project.

“We went in not knowing what we’d find,” she said, “but we found significant patterns on Crestone Needle and Crestone Peak.”

Crestone Needle, Crestone Peak, Kit Carson Mountain, Challenger Point and Humboldt Peak make up the five mountains in the Crestone Group. Of the 41 missions mounted by Custer County Search and Rescue during the 2015 to 2020 timeframe, 19 or 46.3% occurred on Crestone Needle. This jagged tooth of a mountain also claimed three lives and necessitated eight air evacuations. Another nine missions or 21.9% search and rescue operations occurred on Crestone Peak.

As Kim worked, she discovered commonalities among the incidents. Most accidents occurred on descent when climbers were tired, and most fatalities befell men hiking alone. In the interactive microsite—an ArcGIS StoryMap—she created in conjunction with CCSAR, Kim wrote, “Climbers can be so focused on the summit push, that they fail to realize that upon reaching the top that they are only 50% there and need to still properly navigate the descent, have plans, equipment, a weather window and the energy to get them back down.”

There were also common areas on the peaks where climbers went awry. “We saw people were having accidents in the same location repeatedly,” she said. “We’re seeing these repeated mistakes, so what can we do?”

What she did was build the “Rescue Patterns in the Crestones” StoryMap, which uses text, video, photography, charts and maps to create a narrative about search and rescue missions in these mountains that hikers can reference before they climb. Given a troublesome pattern that emerged from her research, Kim zoomed in on a critical problem area in the descent of Crestone Needle where climbers lose track of the route ending up in dangerous terrain.

Using images provided by 14ers.com, Cindy marked up the photos to show exactly how climbers must follow the same route on descent as they did when ascending the Needle.

“The idea is to keep them safe and on route,” Kim said. “On your way down it looks like one path is easier, but that gets you off the standard route, which is not a walk down, it involves more scrambling and technical climbing and climbers are tired. But if you make a mistake and fall 100+ feet, it’s definitely fatal.”

As part of her deconstruction of Crestone Needle operations, Kim and CCSAR advise climbers to use GPS, download existing routes from trusted sites, carry a power bank phone charger with plenty of power, climb with a trusted partner and understand your limits.

“This project can not only help prevent accidents by making the data public and educating others, but it can also help CCSAR and other cooperators know what trends are taking place, how we can plan ahead for mission response and how we can best utilize available resources,” explained Cindy. “I’m really happy with the end product of Kim’s project, although more work needs to happen with the public and with funding SAR in general.”

Cindy plans to update the project with 2021 mission data early next year and annually thereafter.

Kim concluded the StoryMap project with a plug for CORSAR cards, available for $12 for a five-year card. The cards help fund search and rescue operations statewide. Graduating from Emily Griffith in July, Kim sees a lot of potential in GIS technology to prevent accidents and rescue missions, which is all to the good. “Rescuers are risking their lives to rescue you.”

Curious about the Crestones? You can view Kim’s report here. 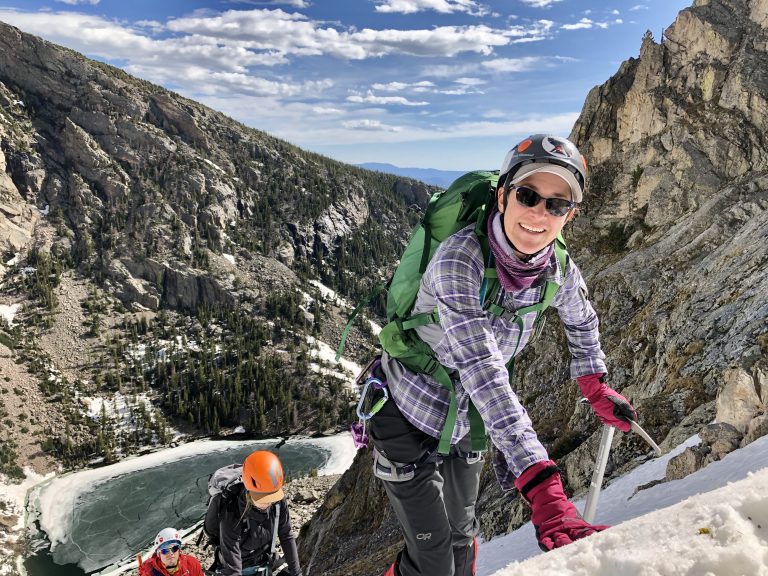